How to Get Rid of Mould on Walls with Bleach

Can I Get Rid of Mould on Walls With Bleach?

The answer is yes. The chlorine in bleach, is what makes it so effective at killing mould. You might choose to use bleach instead of a bottle of spray like the recommended HG Mould Spray or Astonish Mould & Mildew Remover. The reason for this, is that you might be far from a shop and are in a rush. Or maybe you just don’t require such a large quantity of mould remover.

Step in the makeshift mould remover.

The reason, this is a makeshift solution, is because you’re likely to have bleach already laying around your home. As you’ll know, it’s usually used for bathroom cleaning. Bleach, will offer similar qualities to the paid for mould removing sprays. It will neutralise the spores and allergens upon any non-porous surface. This means surfaces that are not brick and mortar painted walls. Using on a painted wall is not a no-go, but the recommended surface to use this on are the following: rubber sealant, tiles, laminated work surfaces. 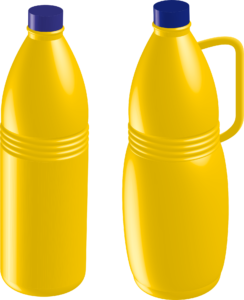 Here are the steps you should take to get rid of mould on walls with bleach.

You can see other hints and tips on how to get rid of mould here.

What is a PIV Unit?

No Result
View All Result